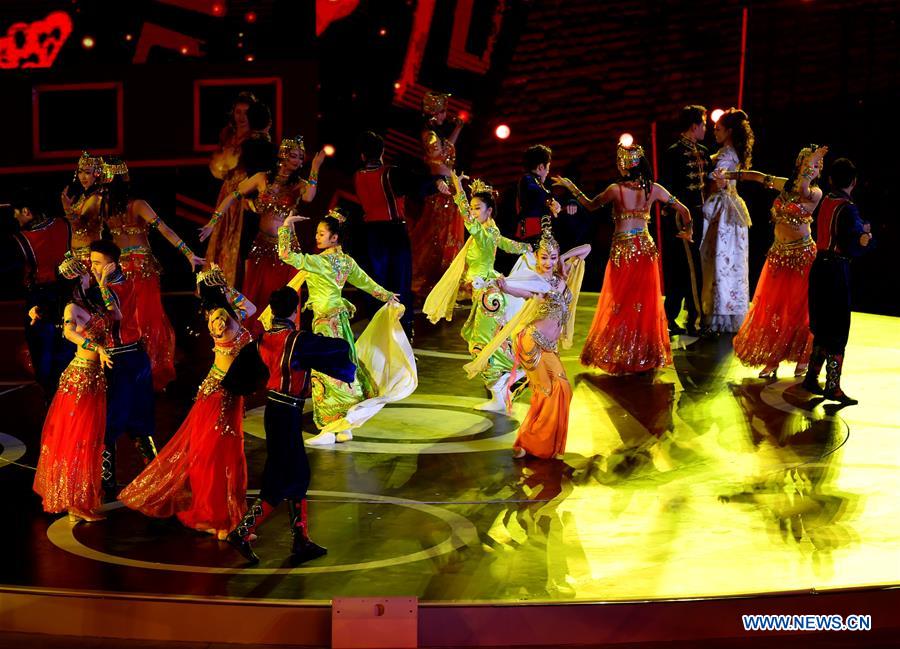 Performance is seen during the opening ceremony of the 7th Silk Road International Film Festival in Xi'an, capital of southwest China's Shaanxi Province, Oct. 11, 2020. The six-day event will witness the participation of more than 3,000 films from 116 countries and regions. (Xinhua/Zhang Bowen)

The six-day event will witness the participation of more than 3,000 films from 116 countries and regions. At the welcoming session, 17 recommended films were selected by seven renowned film practitioners from around the world including Chinese director Lu Chuan.

Over 500 films from home and abroad will be shown in outdoor squares, cinemas and online platforms at the event's screening session. A total of 102 films will be screened in cinemas, of which more than 70 percent are from countries and regions along the Belt and Road, according to the organizers.

First held in 2014, the film festival is hosted by Shaanxi and east China's Fujian Province in turn. Enditem