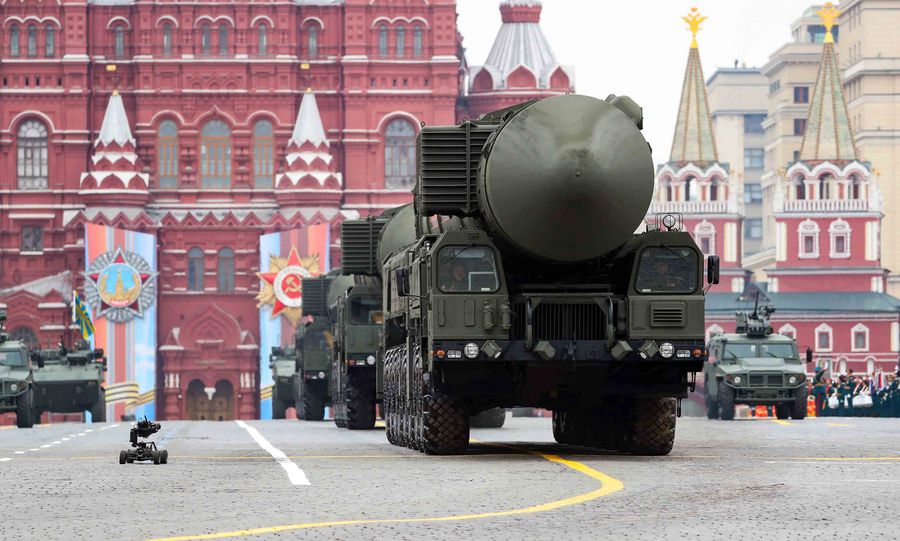 The time gained from the extension of the treaty can be used to conduct comprehensive bilateral negotiations.

Russia is ready to freeze the existing number of nuclear warheads along with the United States to extend the bilateral New Strategic Arms Reduction Treaty (New START) by one year, the Russian Foreign Ministry said on Tuesday.

"This position of ours can be implemented strictly and exclusively on the understanding that the 'freezing' of warheads will not be accompanied by any additional demands from the United States," the ministry said in a statement.

According to the ministry, Russia has not yet received any official response from the United States to President Vladimir Putin's proposal on the extension of the New START, which will expire on Feb. 5, 2021, for at least one year.

In the statement, Russia said it hopes that if Washington agrees on Putin's proposal, the time gained from the extension of the treaty can be used to conduct comprehensive bilateral negotiations on future control of nuclear arms and other issues regarding strategic stability.

Washington and Moscow signed the New START in 2010. The treaty stipulates limits to the numbers of deployed nuclear warheads and strategic delivery systems by both, and is seen as the last remaining nuclear arms control pact in force between the two nuclear superpowers.

The agreement can be extended by a maximum of five years with the consent of the two countries. Without an extension, the U.S. and Russian nuclear arsenals would be unchecked for the first time since 1972.

BACK TO TOP
Edition:
Chinese | BIG5 | Deutsch
Link:
About CE.cn | About the Economic Daily | Contact us
Copyright 2003-2020 China Economic Net. All right reserved
Russia ready to freeze nuclear warheads along with U.S. to extend arms treaty
Source:Xinhua | 2020-10-21 00:25
Share to
0