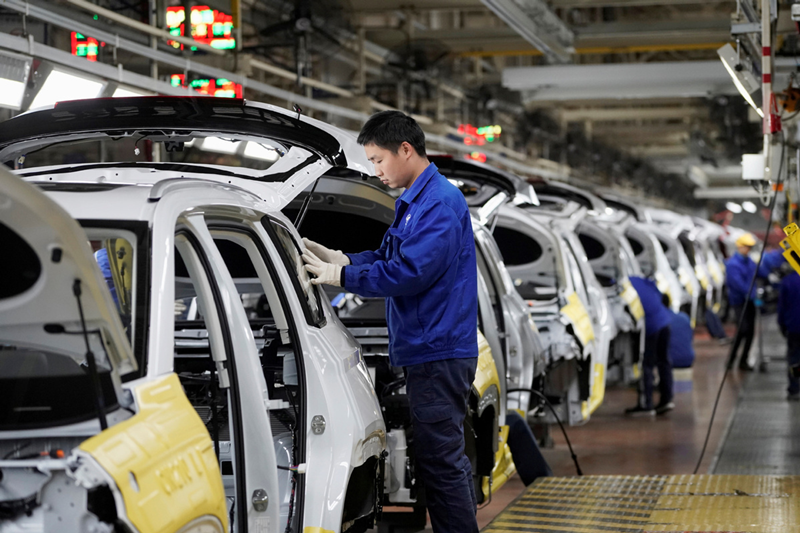 China will maintain the consistency, stability and sustainability of its macro policies and strive to keep its economic performance within a reasonable range, Premier Li Keqiang said on Tuesday.

In talks with International Monetary Fund Managing Director Kristalina Georgieva via video link, Li reiterated the importance of coordinating containment of the COVID-19 pandemic and socioeconomic development, given that the global economy still faces uncertainties.

China is set to secure positive growth of its economy this year, which is a hard-won result for a country with a population of 1.4 billion, he said.

The premier's remarks came as a number of economic indicators in November, including the purchasing managers index, showed that China's economic rebound is gaining momentum.

The IMF projected in its World Economic Outlook in October that China's economy will expand by 1.9 percent this year and 8.2 percent in 2021, saying that strong policy support and resilient exports have underpinned growth.

During the meeting, Li recalled the Fifth "1+6" Roundtable that he participated in last month with the heads of six major economic organizations, including Georgieva. He said that all participants in the meeting affirmed their dedication to upholding multilateralism and working together to cope with global challenges.

The IMF has played an important role in promoting free trade and spurring global economic growth, and the organization should continue to strive to build multilateral consensuses, Li said.

China, as the world's largest developing country, will continue to make contributions in this regard, he added.

The IMF is willing to bolster cooperation with China and jointly uphold multilateralism in providing impetus to the rebound of global trade and encouraging world economic recovery, she said.