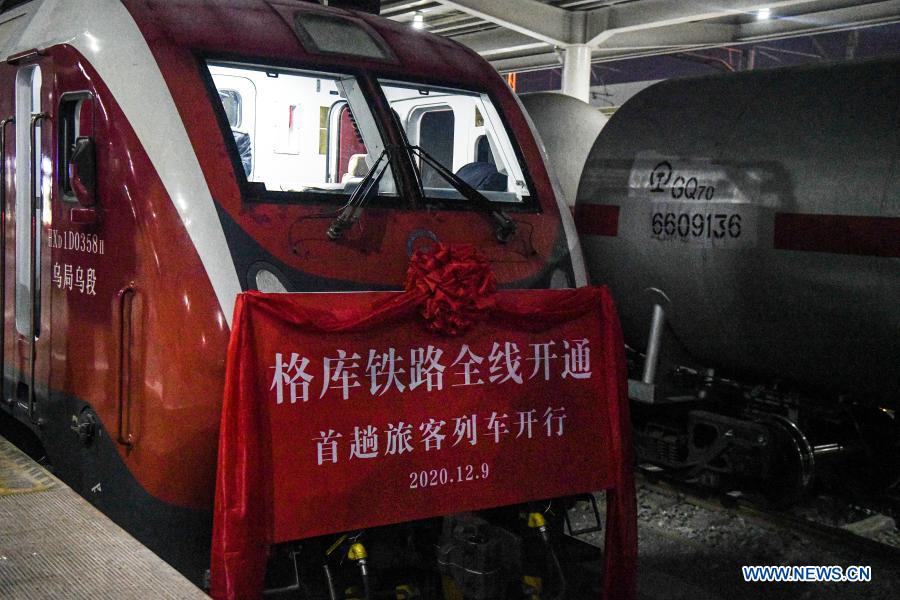 Passenger train K9756 from Korla to Yetimbulak is about to leave the Korla railway station in Korla City of northwest China's Xinjiang Uygur Autonomous Region, Dec. 9, 2020. The train will run on the Xinjiang section of the Golmud-Korla railway. The 1,206 km Golmud-Korla railway linking Golmud City in Qinghai Province and Korla City in Xinjiang Uygur Autonomous Region, both in northwest China, was put into operation on Wednesday. The new rail artery, which will cut the travel time between Golmud and Korla from about 26 hours to roughly 12 hours, is the third railway line facilitating exchanges between Xinjiang and other regions. The line also connects with the Qinghai-Tibet Railway, the world's highest rail system, and the network as a whole will link Xinjiang, Qinghai and the Tibet Autonomous Region, facilitating exchanges in western China. (Xinhua/Wang Fei)