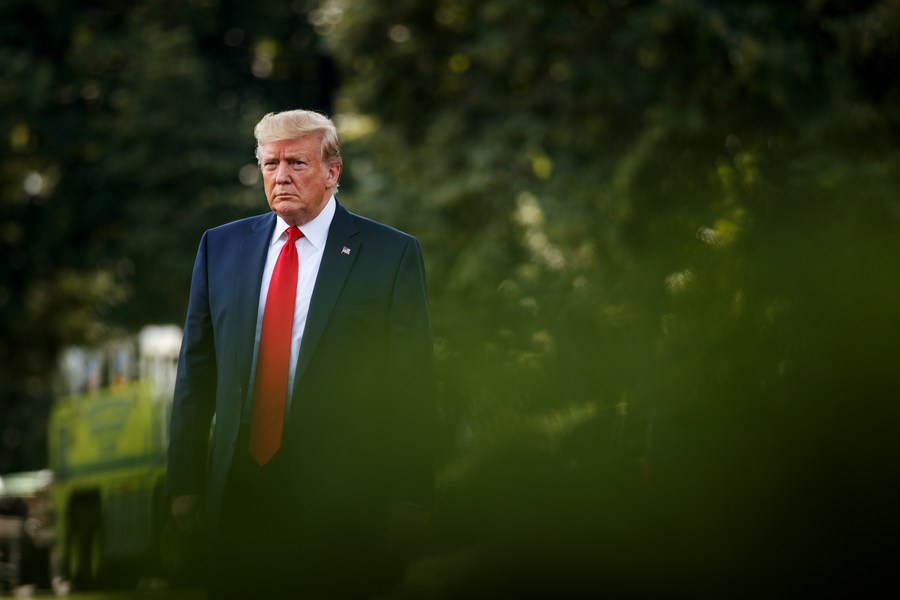 President Donald Trump said what he said in the Jan. 6 speech was "totally appropriate," calling the impeachment "absolutely ridiculous," and "causing tremendous anger."

U.S. President Donald Trump on Tuesday spoke publicly for the first time since House Democrats moved to impeach him, calling the impeachment "ridiculous."

Referring to his speech on Jan. 6 that the Democrats said fomented the subsequent riot on the Capitol Hill on the same day, Trump said what he said in the speech was "totally appropriate."

The president was addressing reporters before departing for Alamo, Texas, to inspect the border wall.

House Democrats on Monday formally introduced the article of impeachment against Trump, charging him with "incitement of insurrection."

The House will hold a floor vote later Tuesday on a Democrats-proposed resolution calling on Vice President Mike Pence to invoke the 25th Amendment to remove Trump from office. If Pence doesn't respond within 24 hours, according to the resolution, the Democrats will push the impeachment proceedings ahead.