Despite a wobbly start, China's economy ended 2020 on solid footing as the country is set to become the only major economy to post expansion in a year ravaged by the pandemic, official data showed Monday.

Beating expectations with a 6.5-percent growth in the fourth quarter (Q4), China's gross domestic product (GDP) expanded 2.3 percent year on year in 2020, exceeding the 100-trillion-yuan (15.42 trillion U.S. dollars) threshold for the first time, according to data from the National Bureau of Statistics (NBS).

The recovery trend, from a 6.8-percent contraction in Q1 to three consecutive quarters of rebound (3.2 percent in Q2, 4.9 percent in Q3 and 6.5 percent in Q4), will extend into 2021 as China's economy has the foundation and conditions to sustain the momentum, noted Ning Jizhe, head of the NBS. 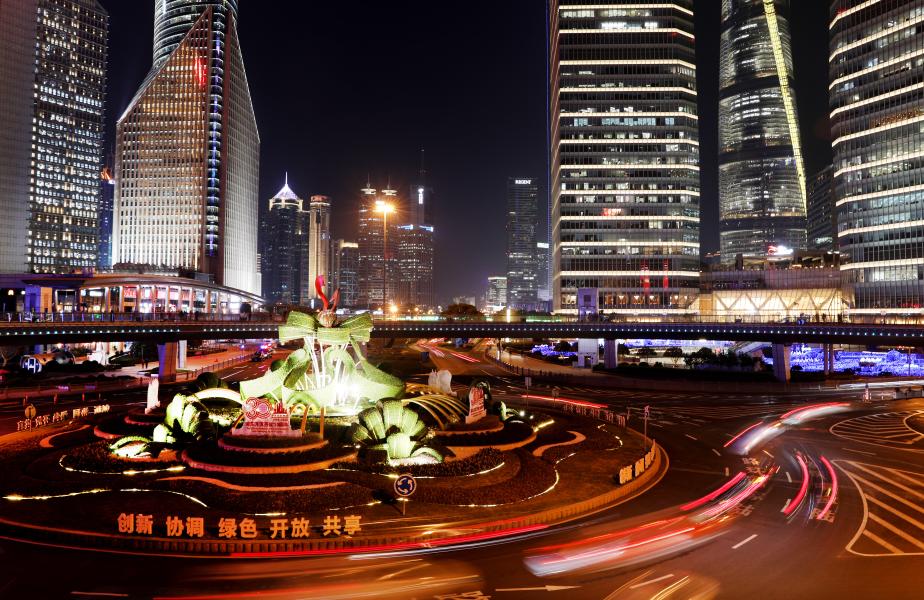 China has taken resolute and swift actions to contain the virus spread, creating conditions for the "V-shaped" economic rebound, which gathered steam following a raft of government measures including more fiscal spending, tax relief, and cuts in lending rates and banks' reserve requirements.

Although there were sporadic outbreaks in some regions in recent weeks, their impacts on the economy are "controllable," according to Ning.

A breakdown of the data showed China's industrial sector, being the first to shake off the virus impacts, continued to power ahead. The value-added industrial output surged 7.1 percent year on year in Q4, accelerating by 1.3 percentage points from Q3 last year.

For the whole year, the indicator went up 2.8 percent year on year.

The fixed-asset investment saw a steady recovery, climbing 2.9 percent year on year in 2020, with investment in high-tech industries, healthcare and education outperforming the average.

One of the hardest-hit by the epidemic, China's retail sales of consumer goods have gradually picked up. Despite a 3.9-percent fall for the whole year, the key barometer of consumption went up 4.6 percent in Q4, nearing the sector's pre-epidemic levels.

China's job market remained stable in 2020, with the surveyed unemployment rate in urban areas standing at 5.6 percent, below the government's annual target of around 6 percent, the data showed.

At a time when the rest of the world is still grappling with rising COVID-19 cases and economic recession, China's hard-won economic rebound will provide inspiration and experience for global economic recovery in the new year, according to analysts.

The latest World Economic Outlook report released by the Organization for Economic Cooperation and Development predicts that China will contribute more than one-third of global economic growth in 2021.

Nevertheless, the NBS cautioned that the Chinese economy still faces multiple uncertainties including changing epidemic situations and the external environment.

While the better-than-expected GDP figure outshined the rest of the world, more efforts should be made to consolidate the recovery as there were still fluctuations in the rebound of domestic demand, noted Wen Bin, chief analyst at China Minsheng Bank.

China should sustain its epidemic control efforts and take further steps to promote faster recovery in consumption, he said.

Earlier this month, the International Monetary Fund (IMF) projected China's economy to expand by 7.9 percent in 2021 as economic activities continue to normalize and domestic COVID-19 outbreaks remain under control.

IMF executive directors called for a continuation of the "moderately supportive" fiscal and monetary policies until China's recovery is on solid ground.