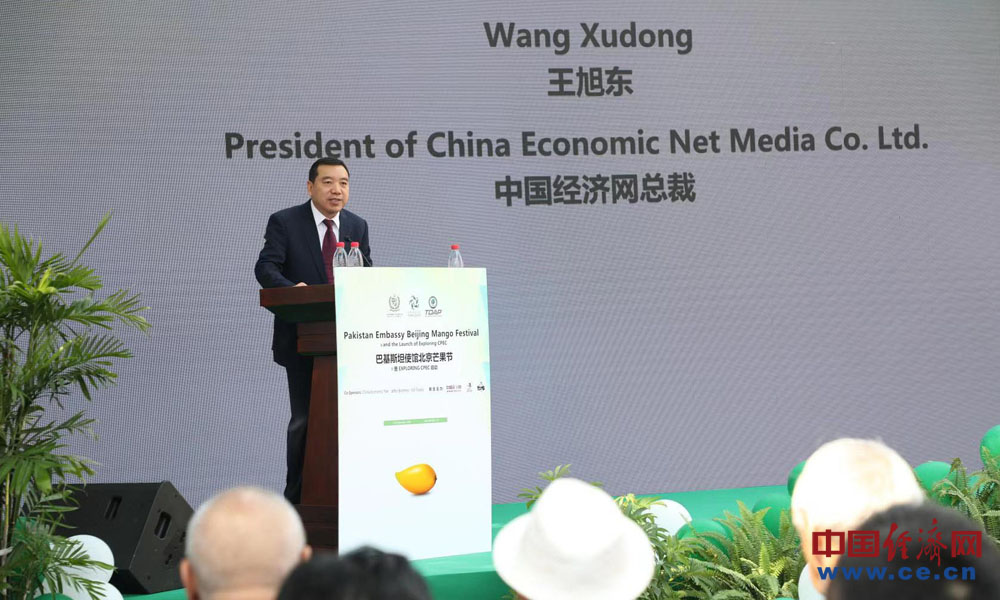 Pakistan should expand and enrich the construction of the China-Pakistan Economic Corridor (CPEC) with new focus on areas including industrial parks, agriculture and social welfare, said Chinese President Xi Jinping when he met Pakistani Prime Minister Imran Khan on the sidelines of the 19th Shanghai Cooperation Organization summit in Bishkek, Kyrgyzstan, in June this year.

Pakistan is the 5th largest producer and the 3rd largest exporter of mango in the world. Hailed as the "King of Fruits" in the entire South Asia, mango was also the national gift from Pakistan to China in 1960s. However, due to the problems such as production, storage and transportation, Pakistan mango has not yet entered the daily life of ordinary Chinese consumers.

As the only national media specializing in financial and economic report, China Economic Net has been engaged in the promotion of China-Pakistan economic and trade cooperation since 2015.