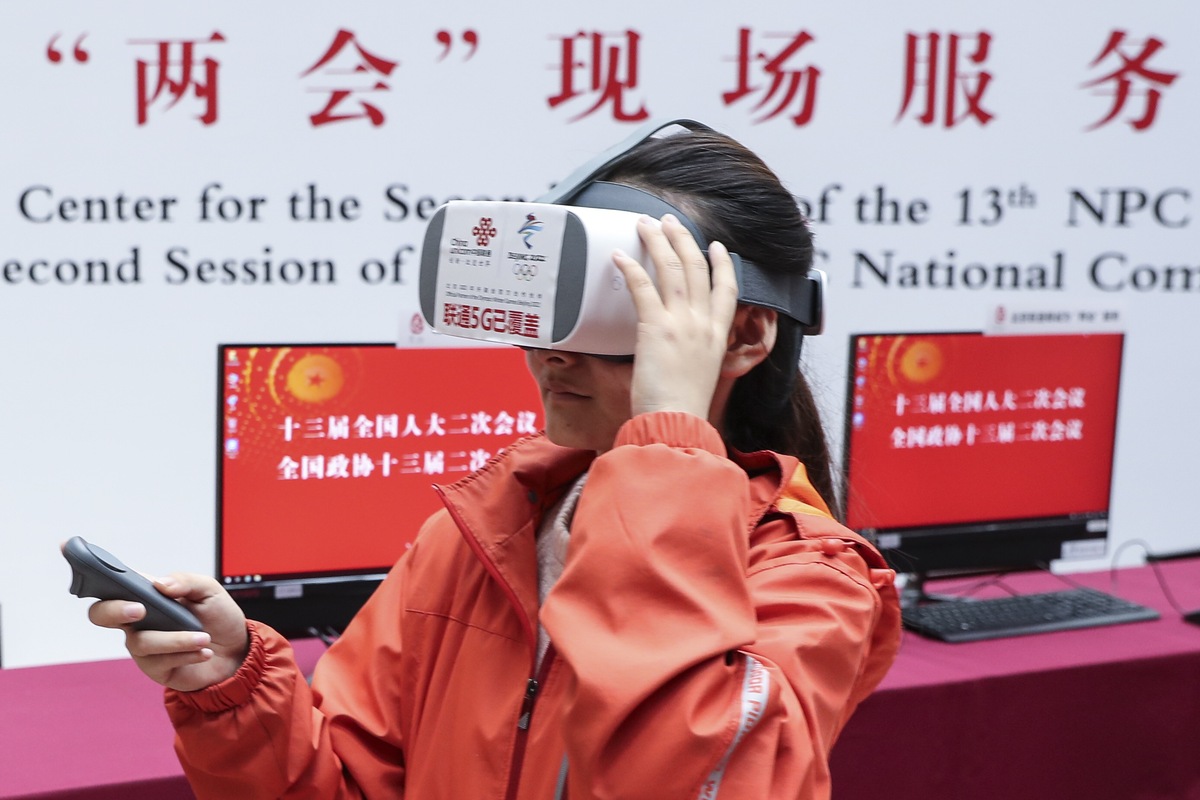 A staff member of the media center of the two sessions tests 5G technology equipment on Wednesday in Beijing. It is the first time that the press center is covered by 5G networks. [FENG YONGBIN/CHINA DAILY]

Journalists from home and abroad covering the upcoming annual two sessions of China's top legislative and political advisory bodies will have better network and technological services available, including a 5G network at a media center that opened on Wednesday.

The two sessions - one of the biggest political events of the year in the country - usually attract thousands of reporters from domestic and overseas media as they offer a good chance for media to get a glimpse into China's overall development.

The Second Session of the 13th National Committee of the Chinese People's Political Consultative Conference will open on Sunday in Beijing, and the Second Session of the 13th National People's Congress will kick off on Tuesday. National lawmakers and political advisers, about 5,000 in total, will review the annual work reports of the central government, the top court and top procuratorate, the country's social and economic development plan and the budget. This year, the NPC will also review a draft foreign investment law.

During the sessions, the media center - located at Beijing's Media Center Hotel in Haidian district - will hold a series of news conferences on topics of major public concern. Senior officials in charge of different sectors will come to meet the media.

On Wednesday afternoon, more than 20 free public computers were available for use on the first floor of the media center, and free Wi-Fi was also provided.

"A 5G network will be provided for journalists for the first time during the sessions," said a China Unicom technician responsible for the network service at the center.

"We hope a faster and safer online environment will better help journalists," he added.

Also on Wednesday, the 5G signal started to cover Tian'anmen Square in downtown Beijing. China Unicom took the lead in realizing full coverage of the square's 5G signal, and the 5G stations can provide high-definition news coverage of the two sessions, according to Beijing Youth Daily.

Besides the network services, journalists can also enjoy tea break services and conduct interviews in the media center's lobby on the first floor.