Educators from Jiangsu province are forging a new spirit at an experimental school on the plateau. Zhang Yangfei reports from Lhasa, Tibet autonomous region. 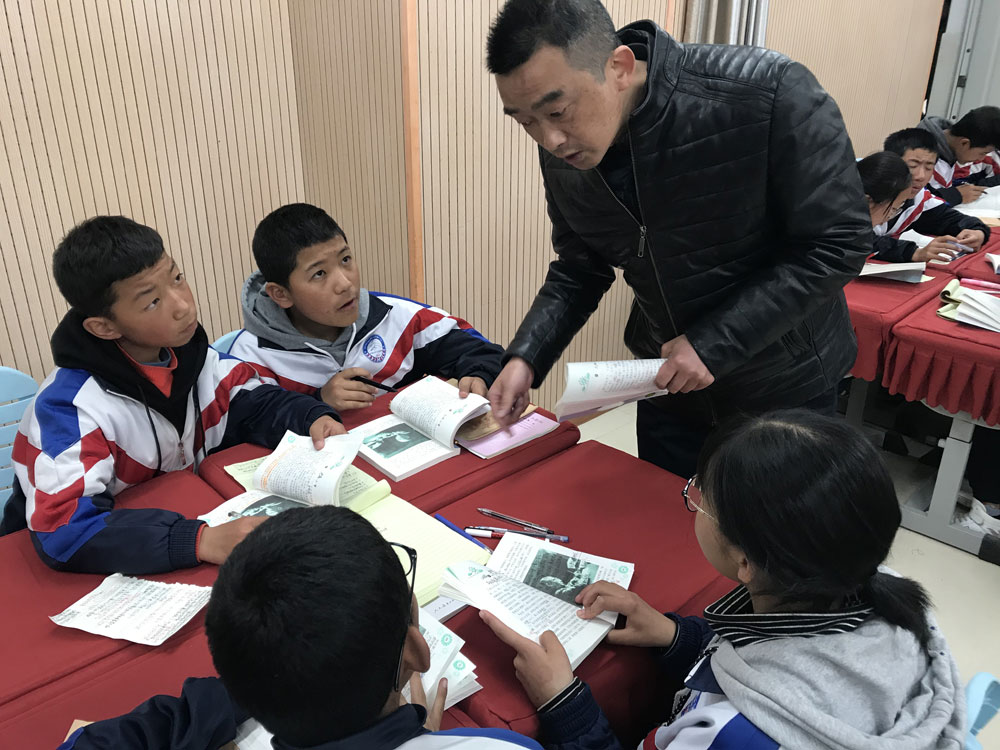 Editor's note:This is the second in a series of stories focusing on the history, poverty-alleviation measures and the cultural and business sectors of the Tibet autonomous region.

Nyima Gyaltsan is popular with both his teachers and classmates. The 14-year-old is a class monitor, responsible for maintaining discipline in classes and during self-study periods in the evenings, as well as patrolling the dormitory at night.

He is also the only junior student at the Lhasa Jiangsu Experimental School in the Tibet autonomous region to be recruited for the senior high soccer team, playing in the forward line.

Growing up in Lhasa, the regional capital, he dreams of seeing the rest of China and has set his sights on studying at the Beijing Institute of Technology.

Only one person－Nyima Gyaltsan's Chinese teacher Qian Weisheng－knows the problems that lie beneath his sparkling school status.

In a secret letter to Qian, the boy explained that his various roles are putting him under excessive pressure, he has nobody to talk to when he feels sad, and, as an orphan, he is uncomfortable when he sees his classmates with their parents at school events.

"I want to go to school in another province. That way, I won't feel like an orphan," he wrote in the letter, referring to special classes established for Tibetan students in schools outside the region that allow them to share equal teaching resources with their "inland" counterparts.

"All my classmates would be separated from their parents, so I wouldn't want to have parents."

Nyima Gyaltsan rarely shares his feelings, fearing that he may be mocked and treated differently, but Qian, who arrived from affluent Jiangsu province five years ago, is an exception, even though he only began teaching the boy last semester.

"When Teacher Qian learned I was an orphan, he tried to ease my mental stress and help me study," Nyima Gyaltsan said, adding that he has spoken privately with Qian several times.

As the boy has no family members to help with his school work, Qian told him to highlight anything he didn't understand in any subject and he would find teachers to help him.

"Teacher Qian told me I can always turn to him, or talk with him every Wednesday at noon if I come across any difficulties or stress," he said.