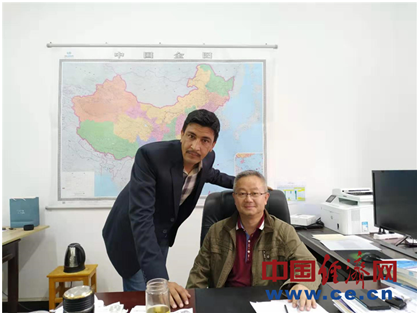 WUHAN, Nov. 4 (Gwadar Pro) ¨C ¡°We were not surprised at all to hear that his article was published in the journal, Energy. With high motivation of study, he always works at the library for long. It is quite natural that he made such an academic achievement,¡± said Ms Zhao Yangping, a teacher of China University of Geosciences (Wuhan), when talking about Khan Baz, a Pakistani doctoral candidate.¡¡¡¡

¡°Why did you choose this topic?¡±

¡°My supervisor Mr Xu suggested that my research should be related to my country Pakistan and would help my country in the future,¡± Baz told Gwadar Pro.

He chose a topic related to the energy crisis as it greatly impeded the economic development. Pakistan has an energy shortfall of more than 7,000 megawatts per year. There is a blackout up to 6 to 8 hours per day in some places in Pakistan. Many enterprises couldn¡¯t operate and were on the verge to close down owing to lack of power. This is one reason of the high trade deficit.

¡°We should work and ensure supply of enough energy to consumers especially to the industries, so that it could boost exports and help Pakistan¡¯s economy,¡± said Baz.

With the development of the China-Pakistan Economic Corridor (CPEC), the energy projects have been put into operation in succession. The increase of power generation and supply not only have guaranteed the industrial development but also have brought tangible convenience to people¡¯s lives. According to Baz, with access to power energy, people are now able to use home appliances for cooking instead of burning woods.¡¡¡¡

China and Pakistan are all-weather friends. China always helps Pakistan when Pakistan is in crisis, especially in economic crisis.

Baz thinks that Pakistan should learn from China on how to develop its economy as China has made significant development in economic sector in the last four decades.

He thinks Pakistan and China should strengthen cooperation in agriculture, energy, steel and coal exploitation. According to Baz, Pakistan is an agriculture country, and the agricultural output once accounted for up to 45 percent of its GDP.

However, its proportion recently dropped to 18-19 percent. Agriculture should be given priority as the CPEC is at its second phase.

In terms of coal exploitation, Baz said, the MoU signed during the working visit of Pakistani Prime Minister Imran Khan in October this year is a good signal for economy.

In addition to the benefits brought by the energy projects, many Pakistani are also benefiting from the people to people exchange under CPEC. Baz is one of them.Baz is from Khyber Pakhtunkhwa. Before coming to China, he had worked at Bank Alfalah for five years.

He knew many Pakistanis who either study in China or do business with Chinese. Their stories inspired Baz to continue his study in China.

He renounced the job at the bank and applied for the Chinese Government Scholarship.

Baz said he was very excited and keen when getting the admission notice of China University of Geosciences (Wuhan). Baz treasured this opportunity. He went back to Pakistan only three times in the last three years.

His devotion to research makes him perform well in academic research. Baz plans to further his study and wants to be a professor in the future. 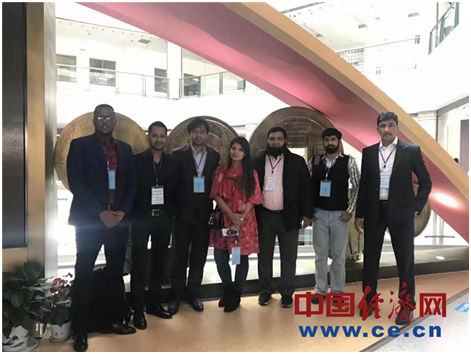 When talking about the life in China, Baz thinks Chinese are very kind and hospitable.

His supervisor Mr Xu gave him great support in the research work and classmates took good care of him, for which he was very appreciated. Baz said he likes Chinese food, especially noodles and Jiaozi.

In the spare time, Baz likes to visit scenic spots like the Yellow Crane Tower with Chinese and Pakistani friends. Baz said he felt lost and lonely when he just came to Wuhan three years ago. Now, he thinks here is his home.