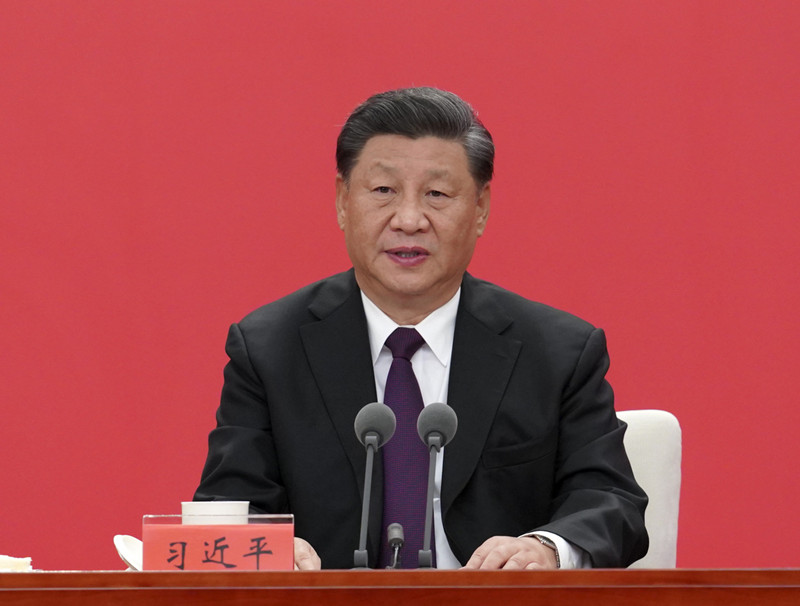 President Xi Jinping attends a grand gathering on Wednesday celebrating the 40th anniversary of the establishment of the Shenzhen Special Economic Zone, and he delivers a speech at the event in Shenzhen, Guangdong province. FENG YONGBIN/CHINA DAILY

President Xi Jinping reaffirmed on Wednesday China's commitment to forging ahead with reform and opening-up as he outlined a new vision for Shenzhen 40 years after it was set up as the country's first special economic zone.

In a speech delivered at a celebration marking the 40th anniversary in Shenzhen, Xi urged the city to develop into a pilot zone for socialism with Chinese characteristics and set an example for cities of a modernized socialist nation.

He said reform will not come to a standstill, and opening-up will only go further.

"Reform and opening-up must be moved forward at a higher level, and new advances must be made in work on the fronts of special economic zones", said Xi, who is also general secretary of the Communist Party of China Central Committee and chairman of the Central Military Commission.

Xi outlined the new historic mission for Shenzhen in the new era, saying that the city must bolster its capacities and levels to implement the new development philosophy, strive to deepen reform and expand opening-up in a comprehensive manner and promote the development of the Guangdong-Hong Kong-Macao Greater Bay Area.

In addition, the city should enrich the new practice of "one country, two systems" and take the lead in achieving socialist modernization, he said.

In his speech, Xi also recalled the decision-making process for setting up the special economic zones 40 years ago, which also include Zhuhai and Shantou in Guangdong province and Xiamen in Fujian province.

Their establishment was a great pioneering act for the Party and the country to promote reform, opening-up and socialist modernization, Xi said.

Shenzhen has become a new city built by the Party and the people after reform and opening-up and is also a marvelous illustration of socialism with Chinese characteristics, he said.

Hailing the city's development as a miracle created by the Chinese people, he mentioned that the city's GDP surged to 2.7 trillion yuan ($401 billion) in 2019 from 270 million yuan in 1980 in what he described as "a historic leap from a backward border town to an international metropolis with global influence".

The successful use of special economic zones, including Shenzhen, has proved that the strategic decision of the CPC Central Committee is absolutely right, he said, adding that the development of SEZs must be continued at a better and higher level.