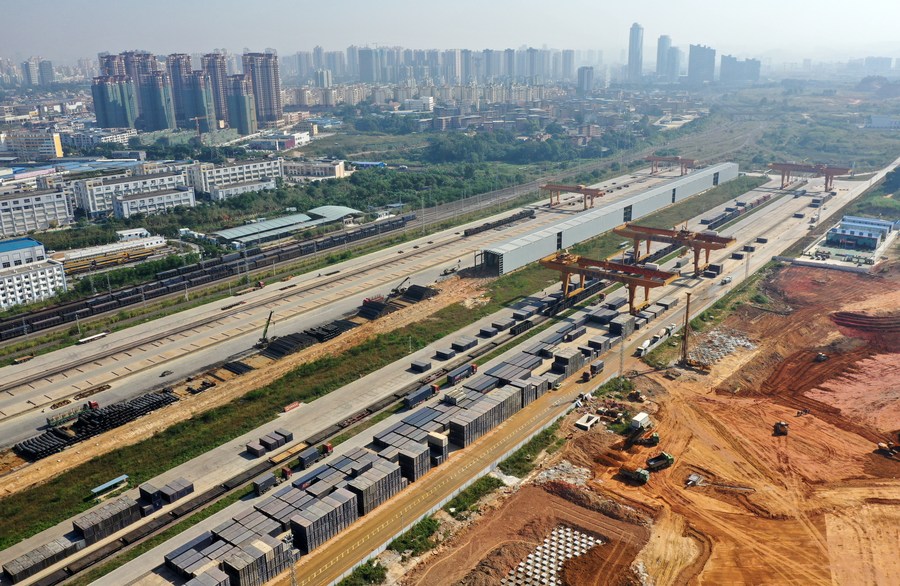 Not just Chinese shoppers but consumers in Southeast Asia were also revved up for China's annual "double 11" online shopping festival that falls Wednesday this year.

Founded in 2012, Lazada, a leading Southeast Asian e-commerce platform backed by China's e-commerce giant Alibaba, launched its own version of a "double 11" shopping spree this year.

Lazada's business is present in six countries in the region -- Indonesia, Malaysia, the Philippines, Singapore, Thailand and Vietnam. Data showed that more than 350,000 brands and online outlets, including thousands of new brands, participated in Lazada 11.11 Biggest One-Day Sale.

Despite the impact of the COVID-19 pandemic, China and the Association of Southeast Asian Nations (ASEAN) have witnessed robust trade growth.

In the first 10 months of the year, China-ASEAN bilateral trade volume reached 3.79 trillion yuan (about 571.64 billion U.S. dollars), accounting for 14.6 percent of China's foreign trade, up 7 percent from the same period last year, according to the General Administration of Customs.

The center has served more than 30 well-known Chinese companies, incubated over 400 small and medium-sized cross-border online retailers, and trained more than 1,000 e-commerce professionals, according to the company.

"Guangxi is China's gateway to ASEAN. Thanks to cross-border e-commerce platforms, more and more products are being traded online in the region," said Ding Guoxun, general manager of the company.

Zhai Kun, a professor of international studies at Peking University, said that although the pandemic has severely hit the global economy, upgrading internet technology has brought countries virtually closer.

"Digital services, including online cross-border shopping, online education and telemedicine, are more widely used and the consumption patterns of global consumers continue to be innovated with the development of the digital economy," Zhai added. 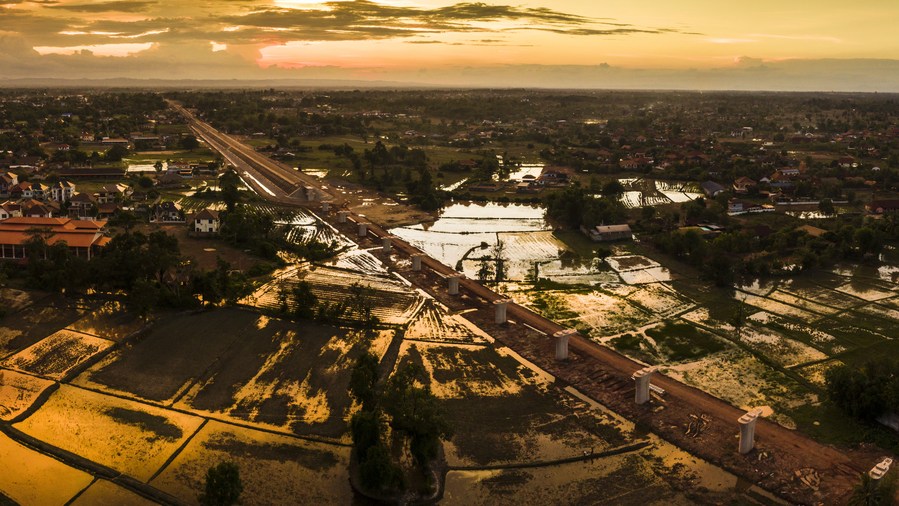 Aerial photo taken on May 29, 2020 shows a view of the under-construction China-Laos Railway running through the outskirts of the Lao capital Vientiane. (Photo by Pan Longzhu/Xinhua)

China's value-added digital economy registered 35.8 trillion yuan in 2019, accounting for 36.2 percent of the country's GDP, up by 1.4 percentage points compared with the previous year, according to the China Academy of Information and Communications Technology.

This year is designated as the China-ASEAN Year of Digital Economy Cooperation. ASEAN's digital economy is estimated to increase from 1.3 percent of GDP in 2015 to 8.5 percent in 2025, according to Lim Jock Hoi, Secretary-General of ASEAN.

China is leading in the development of digital infrastructure and is an important partner of ASEAN to promote the digital economy in the region, Lim noted.

The China-ASEAN Information Harbor Co. Ltd., a Guangxi-based info-tech company, has been committed to China-ASEAN digital and information industrial cooperation over the past few years.

Li Ying, general manager of the company's overseas cooperation department, said the company has provided its independently-developed epidemic management and control platform and infrared temperature detector to some ASEAN countries to aid their fight against COVID-19.

Besides, some apps developed by the company have been used in ASEAN countries. "The app's business volume has increased from 1 million yuan to 2 million yuan from March to May this year," said Li, noting that it has boosted their confidence in the ASEAN market.

Azlimi Zakaria, consul general of the Consulate General of Malaysia in Nanning, said China's digital infrastructure, such as 5G, cloud computing, artificial intelligence, big data, and the Internet of Things, have developed rapidly in recent years, benefiting the digital trade between ASEAN and China.