Digital economy cooperation is high on the agenda of this year's summit as ASEAN's digital economy is estimated to increase from 1.3 percent of the group's GDP in 2015 to 8.5 percent in 2025.

The 17th China-ASEAN Expo and China-ASEAN Business and Investment Summit kicked off on Friday, highlighting booming digital economy cooperation and the implementation of a recently signed major trade pact.

Chinese President Xi Jinping called for cultivating a closer community with a shared future for China and the Association of Southeast Asian Nations (ASEAN) when addressing via video the opening ceremony. 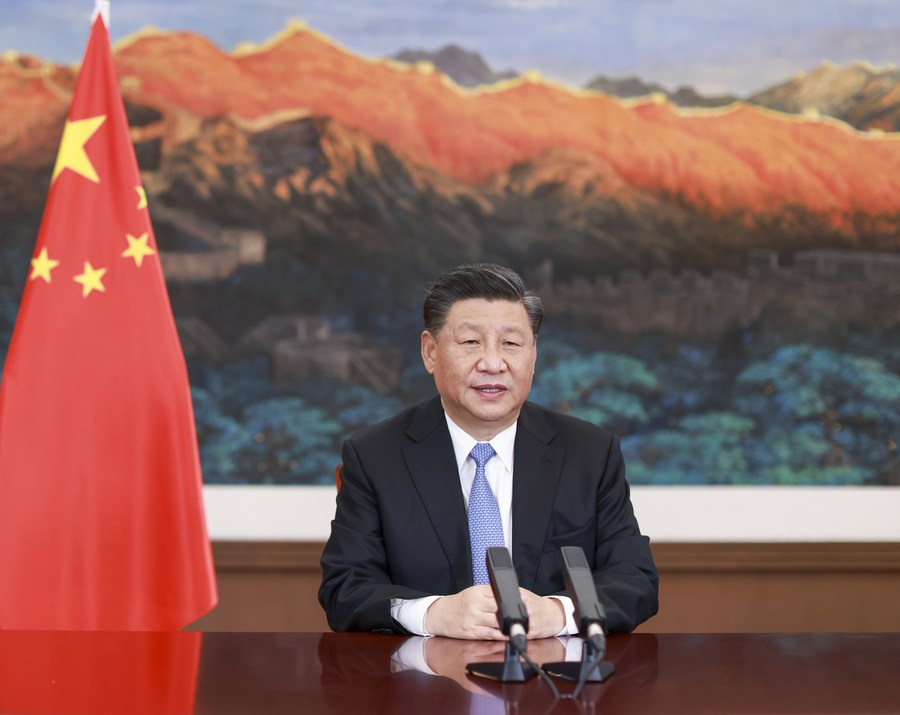 With an exhibition area of 104,000 square meters, the expo has 5,400 booths in Nanning, capital of south China's Guangxi Zhuang Autonomous Region. More than 1,500 enterprises from home and abroad will participate virtually in the four-day event, according to the organizers.

The expo will also host 11 high-level forums and more than 160 economic and trade promotion activities.

This year is designated as the China-ASEAN Year of Digital Economy Cooperation. Strengthening digital economy cooperation was the common call of ASEAN leaders at the opening ceremony.

"China is one of the countries that are at the forefront in developing, investing and utilizing digital technology in the world. In this regard, advancing cooperation in the area of digital technology, under the Belt and Road Initiative, will be an important agenda in the future," said Cambodian Prime Minister Samdech Techo Hun Sen via video at the expo's opening ceremony.

ASEAN's digital economy is estimated to increase from 1.3 percent of the group's GDP in 2015 to 8.5 percent in 2025, according to ASEAN Secretary-General Lim Jock Hoi, adding that China is leading the development of digital infrastructure and is an important partner of ASEAN in promoting the digital economy in the region.

This year's expo also highlights the Regional Comprehensive Economic Partnership (RCEP), the world's biggest trade pact, which was signed earlier this month by 15 Asia-Pacific countries including ASEAN's 10 member states and China. It was a massive move for regional economic integration, multilateralism and free trade.