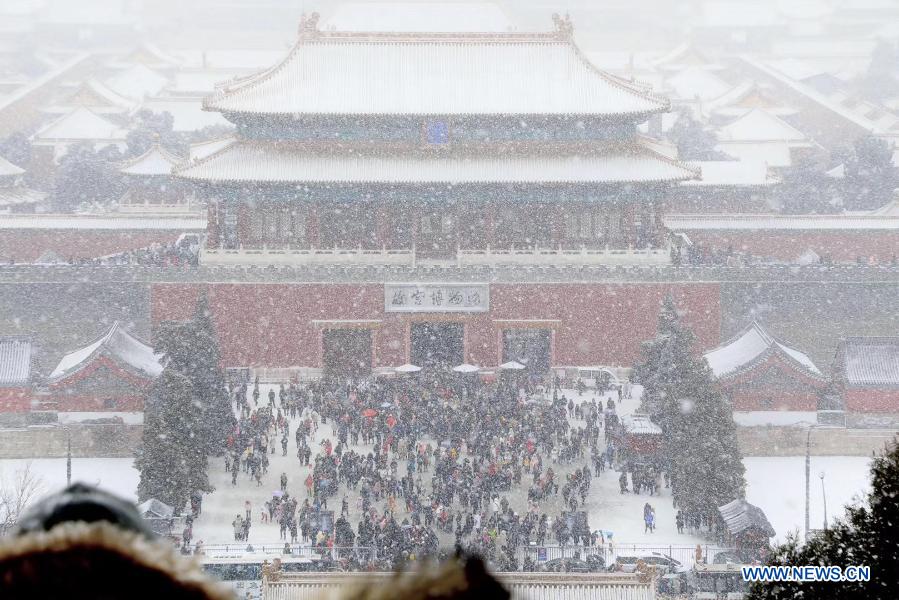 Photo taken with a mobile phone shows a view in the Palace Museum after snow in Beijing, capital of China, Feb. 12, 2019. The year 2020 marks the 600th anniversary of the Forbidden City. Constructed from 1406 to 1420, the Forbidden City measures 961 meters from north to south and 753 meters from east to west, spanning an area of around 720,000 square meters. Featuring red walls and yellow glazed roof tiles, it represents the culmination of traditional Chinese palatial architecture, influencing cultural and architectural developments in East Asia and surrounding areas. Located in central Beijing, the Palace Museum was built in 1925. It is based on the Forbidden City, an imperial palace of the Ming (1368-1644) and Qing (1644-1911) dynasties. (Xinhua/Ma Xiaodong)