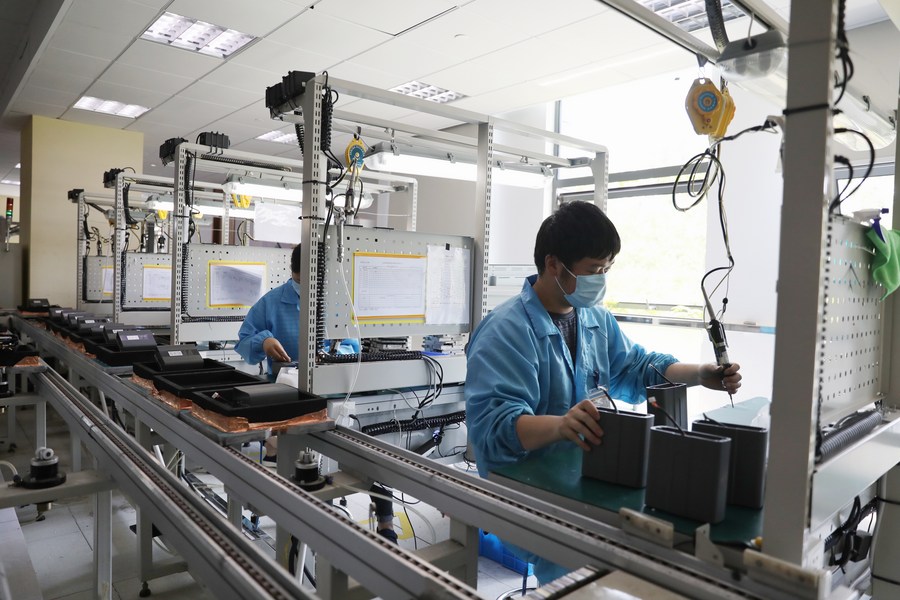 Staff members work at a workshop in an industry park in Qingpu District of Shanghai, east China, May 17, 2022. (Xinhua/Zhao Yihe)

China's private economy has posted rapid expansion over the past decade thanks to an improving market environment, the country's top economic planner said on Thursday.

The number of private firms more than quadrupled from 10.85 million to 44.57 million over the last 10 years as a nurturing environment for the private economy is continuously improved, the National Development and Reform Commission (NDRC) told a press conference.

As a result of a string of pro-market measures, China's global ranking for its business environment rose to 31st place in the latest ranking from 96th in 2013.

By the end of 2021, China had attracted more than 2.6 trillion U.S. dollars of foreign direct investment.

A growing community of Chinese firms have ventured overseas. The number of overseas Chinese-funded enterprises has increased from nearly 22,000 at the end of 2012 to more than 45,000 today, according to the NDRC.