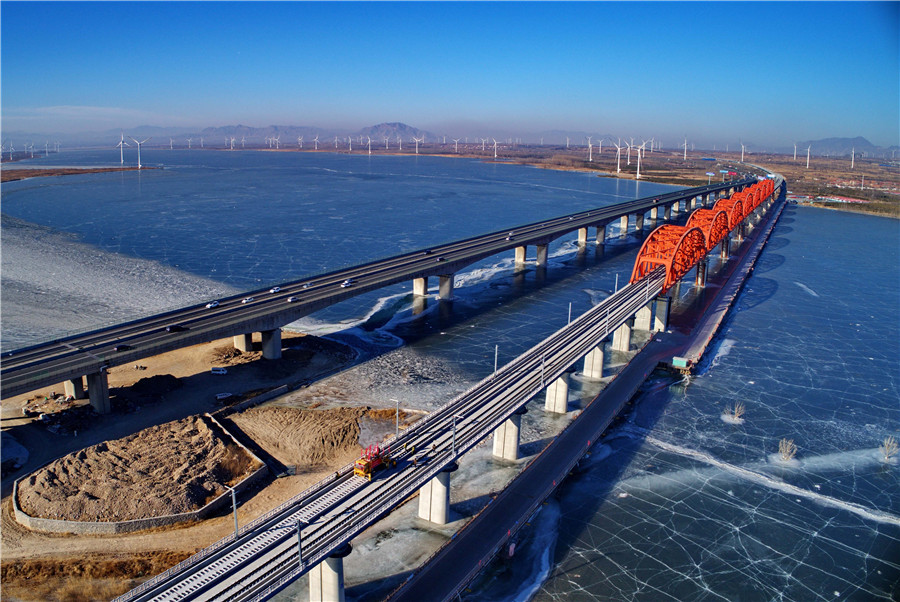 When the last piece of beam was capped on the Badaling Great Wall Railway Station late last month, all the main structures of the Beijing-Zhangjiakou High-Speed Railway line had been completed.

Linking Beijing and Zhangjiakou in the northern province of Hebei, the upgraded 110-year-old railway will play an important role in the transportation infrastructure for the 2022 Beijing Winter Olympics.

Set to open to the public by the end of the year, it will feature the world's first automatically driven, driver-monitored trains, running at a top speed of 350 kilometers per hour.

The original railway, the first of its kind designed and built solely by Chinese engineers during the Qing Dynasty (1644-1911), began operations in 1909 after four years of hectic construction work led by Zhan Tianyou, known as the "father of China's railroad".

At the time, construction of the railway without the assistance of foreign experts was considered a "mission impossible" because of the complicated geological conditions. Faced with dramatic topography and a shortage of machinery, Zhan and his colleagues employed a technique known as "zigzagging" to negotiate steep gradients.

Against all odds, they completed the railway two years ahead of schedule. From a top speed of just 35 km/h more than 100 years ago, in the near future the line is set to witness trains running at speeds 10 times faster than the old, steam-powered locomotives.

"The line is the starting point of China's rapidly expanding rail network. The evolution of the railway mirrors the rapid development of the national economy and our progress in modern science and technology," said Wang Hongyu, the railway's chief designer.