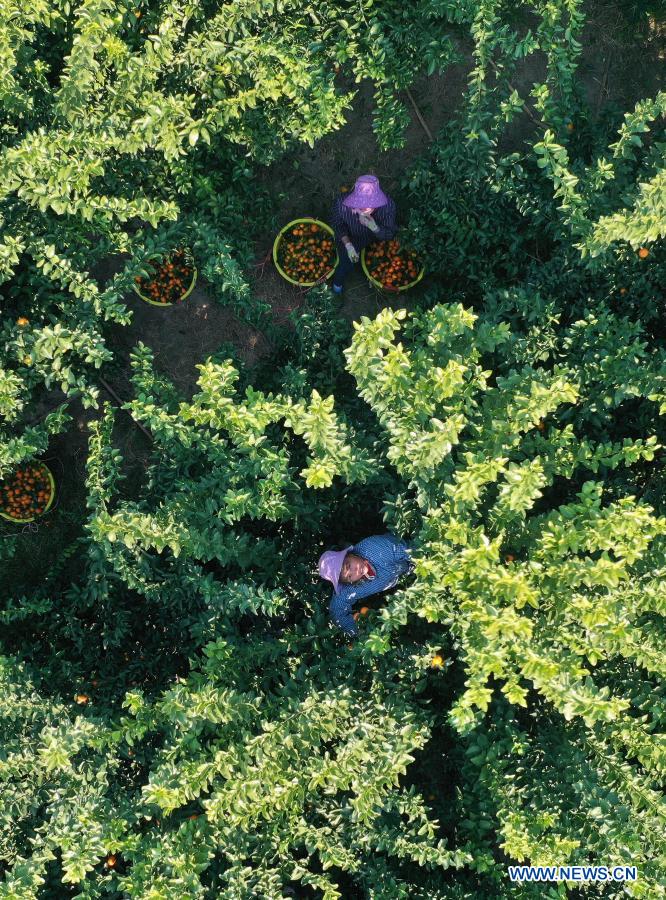 Aerial photo taken on Dec. 11, 2019 shows villagers harvesting oranges at an orchard in Sipai Town of Luzhai County, south China's Guangxi Zhuang Autonomous Region. In recent years, Luzhai County has strengthened the development of traditional industries, including crop farming, forestry and animal husbandry, in its poverty alleviation. It has found ways to help its every township build at least two modern agricultural demonstration zones, in a bid to consolidate poverty-relief achievements and help revitalize the countryside. According to county statistics, about 89% of its impoverished people have benefited from the development of industries and its 22 poverty-stricken villages have all shaken off poverty. (Xinhua/Huang Xiaobang)